Karfu - Struggling with your vehicle costs

Struggling with your vehicle costs 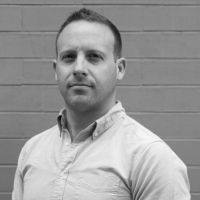 Struggling with your vehicle costs? You aren’t alone.

The doom and gloom of the past few years has continued into 2022, frankly for good reason. Whilst our hearts go out to the challenges facing the people of Ukraine, it’s clear that the repercussions are hitting at home here in the UK as well - specifically in our wallets.

Rising energy costs, inflation and supply chain issues triggered by the war in Ukraine are putting pressure on car manufacturers, which is likely to lead to increases in the price of new cars this year. This compounds the impact of the global semiconductor and chip shortages seen over the past few years which have strangled new car output, a direct consequence of which is used car prices soaring to record highs. It’s only in the past few days that the prospect of faltering consumer demand could trigger a long debated decline in used car values.

Fuel prices are also at an all-time high in the UK, with the average British motorist now paying over £1.60 for a litre of petrol and £1.70 for a litre of diesel. Electric car owners are impacted as well. The energy price cap increased from the 1st of April, with rates increasing from £0.21 to £0.28 per kWh, a rise of 36%. Blame the spiralling costs impacting the energy sector for also increasing public charging costs as well, with some increases already announced by operators and likely more to come as 2022 progresses. And it’s not just cars impacted by rising costs.

Vehicle manufacturers of motorcycles, mopeds, bicycles and scooters forecast increased prices as they battle with the rising cost of raw materials including aluminium, steel, magnesium as well cardboard for packaging. Whilst the cost of shipping seems to be starting to come down post pandemic, this and a lack of availability of containers is still a significant issue for many manufacturers with factories and supply chains based in Asia. Post-Brexit tariff teething issues and factory closures due to social distancing also have played their part.

The inevitable lack of supply met headon with a COVID-19 powered cycling boom which has led to demand completely outstripping supply across the board dramatically increasing prices. Even clothing has been impacted, with issues in the production of fabric, zips and other garment compliments meaning the sudden and unexpected uplift in demand hasn’t been able to be managed effectively. But it’s not just companies finding it difficult to manage rising costs.

Indeed, 29% of adults reported that their household could not afford an unexpected, but necessary, expense of £850. Adults on the lowest incomes, those renting their homes or those with no formal qualifications were most likely to report an £850 unexpected expense would be unaffordable. The same analysis also found that parents of dependent children, adults who were divorced or separated, disabled adults, and those living outside of London, the South East and South West were more likely to report they could not afford it.

For some in the UK, this is the first time they have seen a significant impact on their cost of living due to factors completely beyond their control. For many, it’s leading to them having to spend more time thinking about how they spend their income and how their decisions can affect their standard of living, which includes how they should plan and budget for their vehicle costs.

2022 is shaping up to be an incredibly challenging year for consumers and businesses across the spectrum, so please don’t feel like you are the only person, family or company in this position. We’ll be with you every step of the way to help you find new ways to save money and time when making your mobility choices.