Despite the shift to electrification, Ford’s latest, seventh generation Mustang will stick to its signature V8 engine. 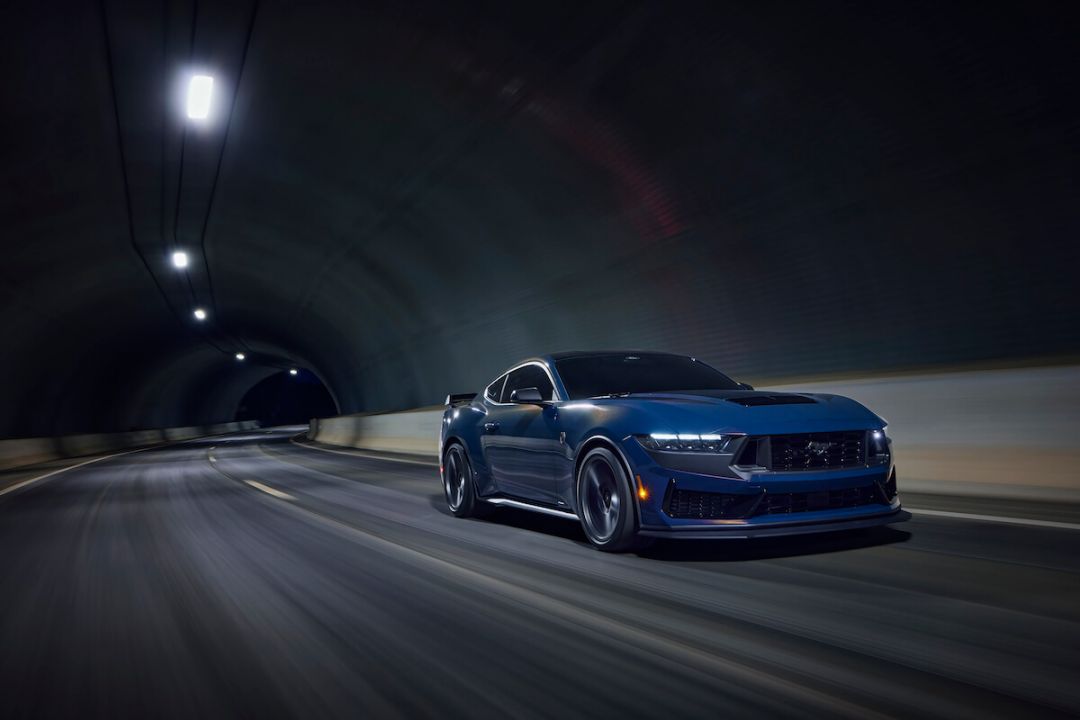 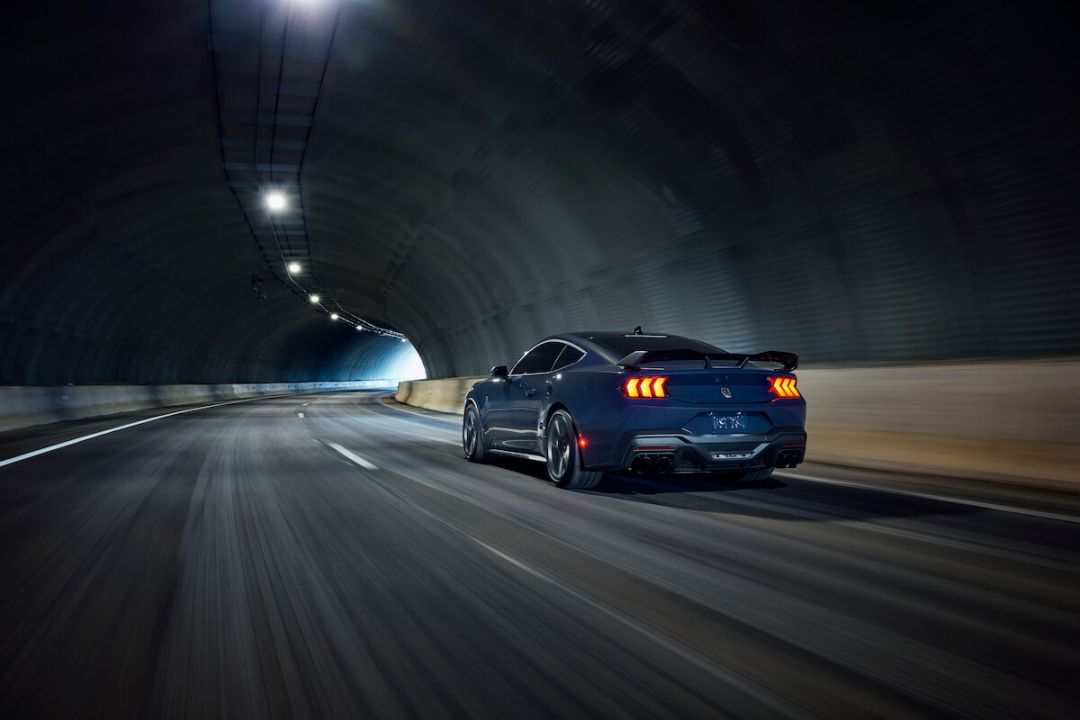 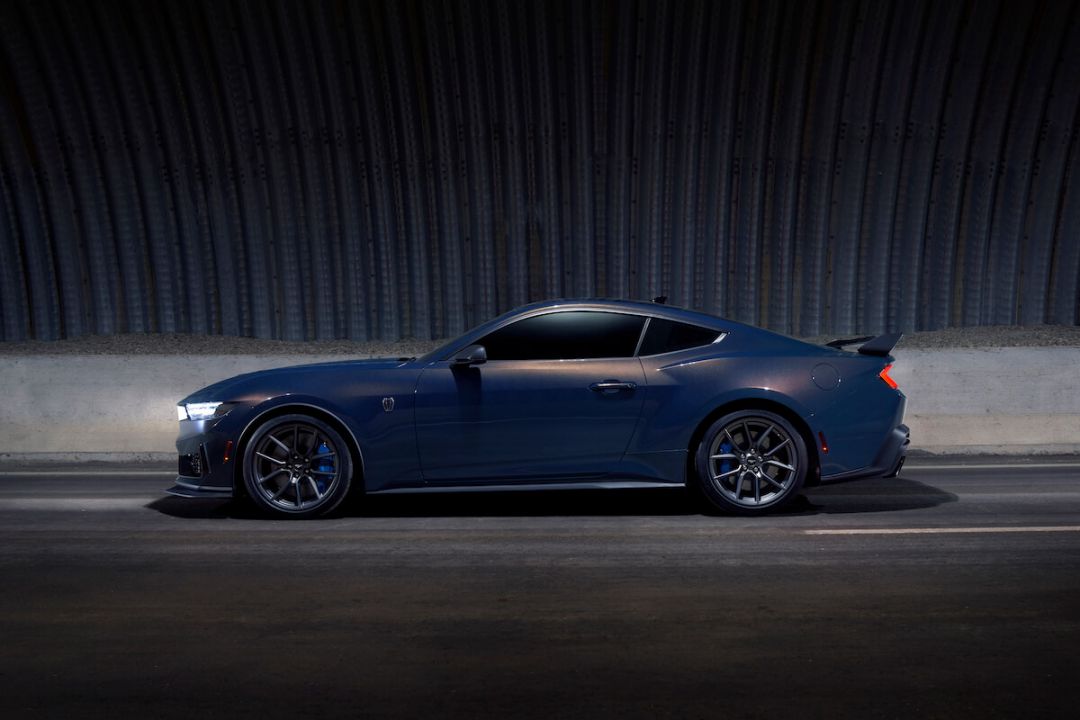 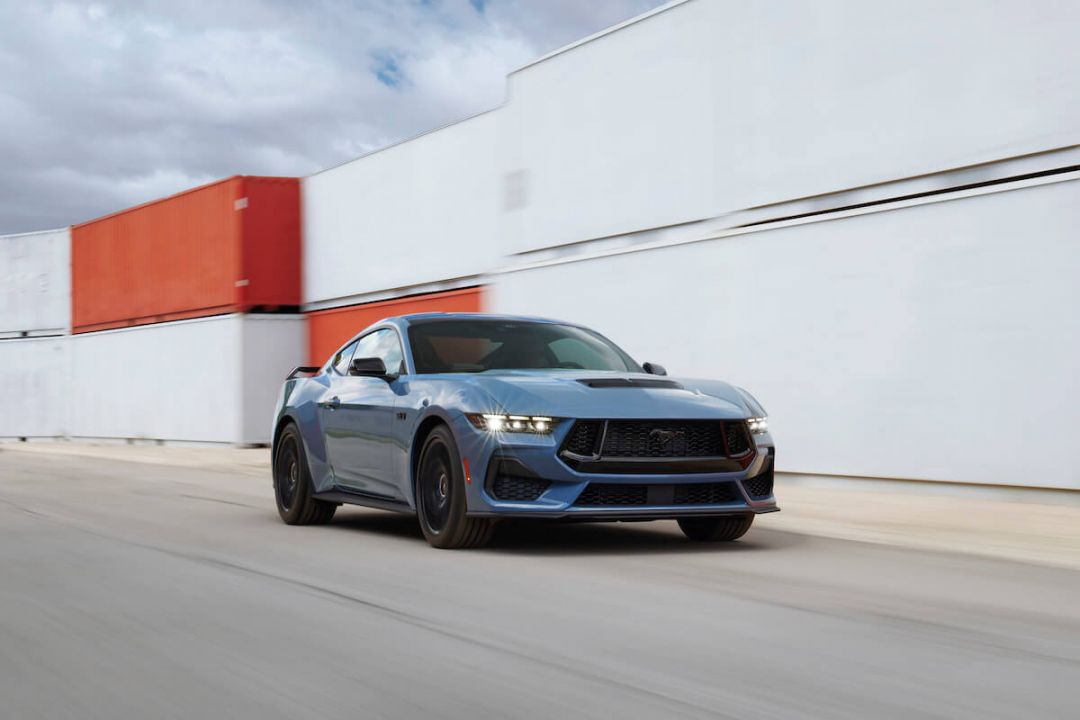 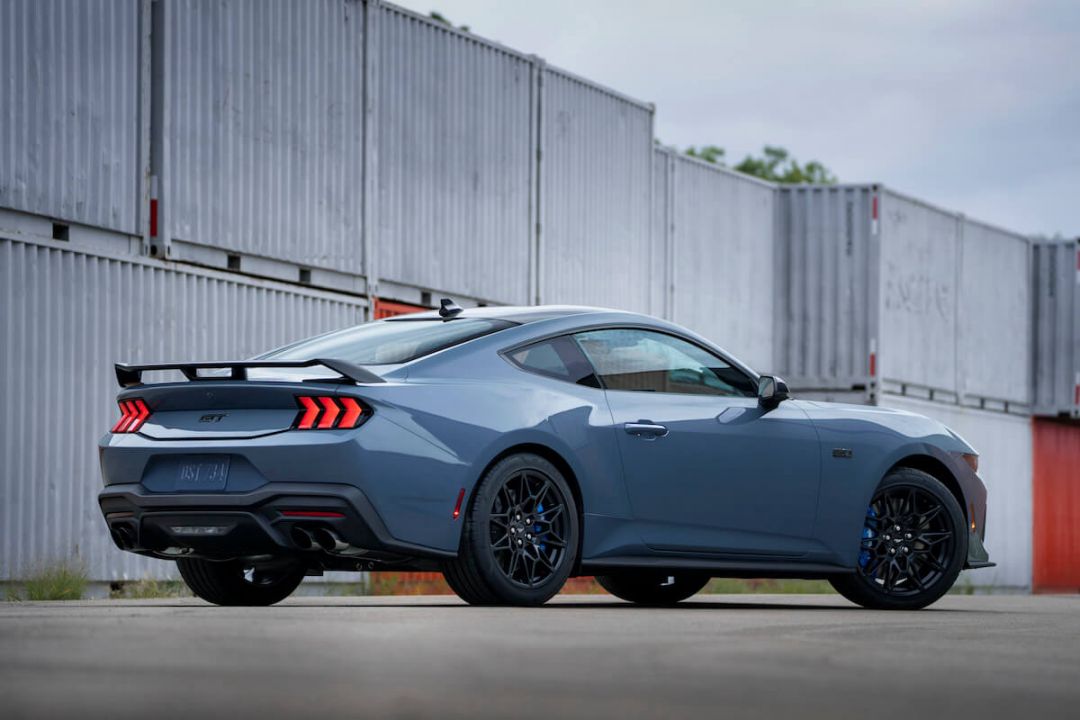 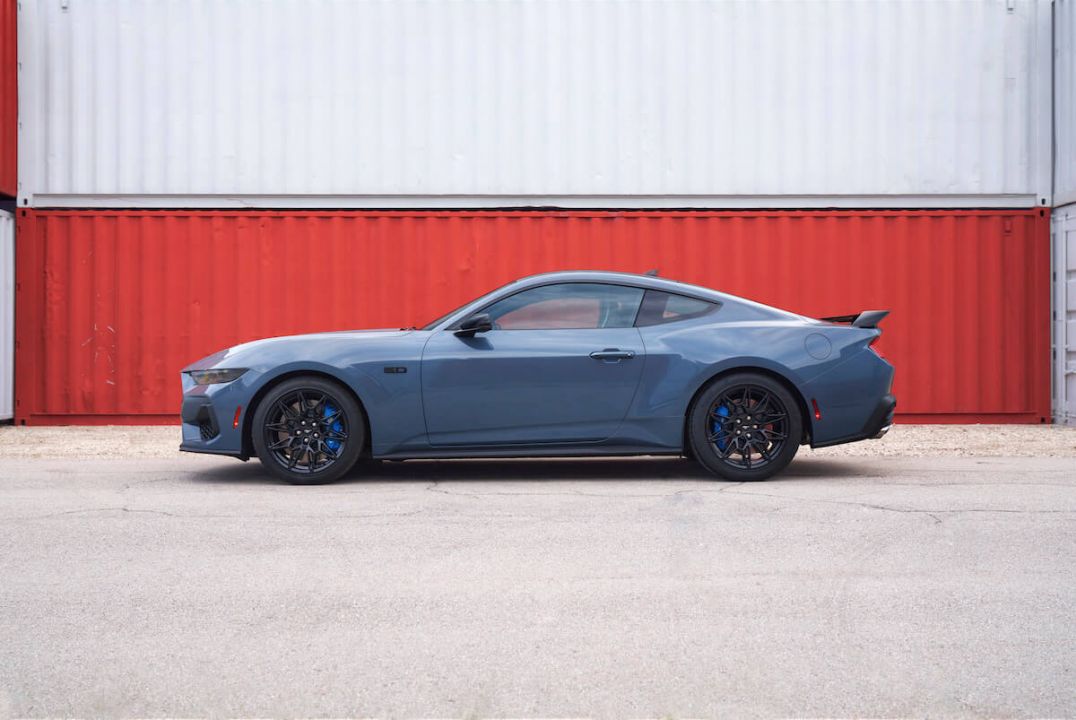 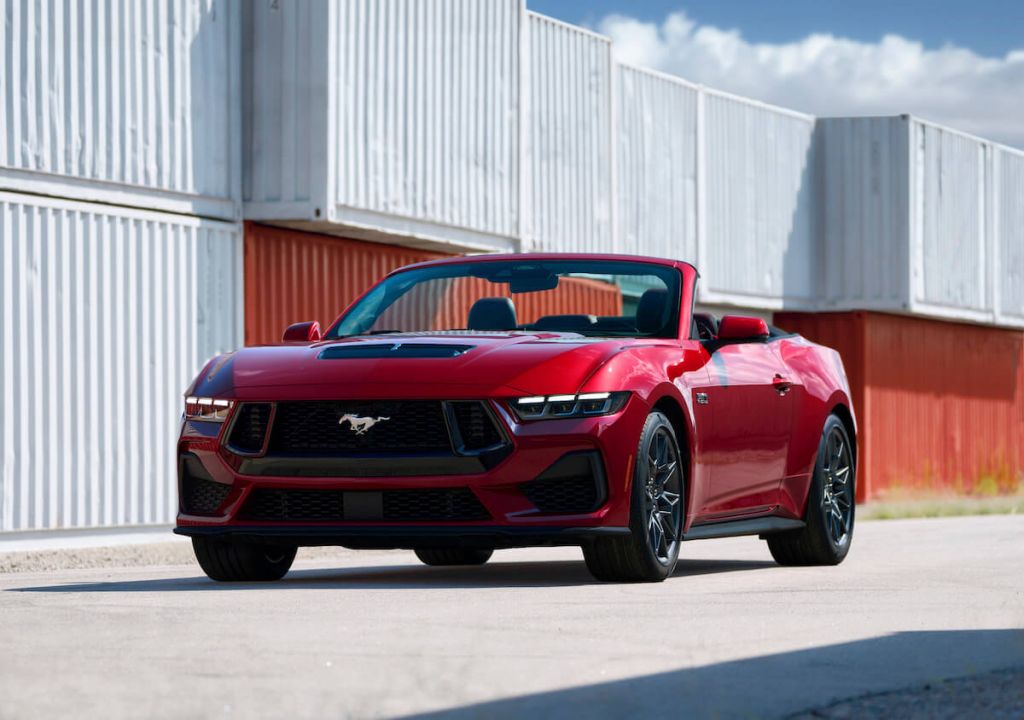 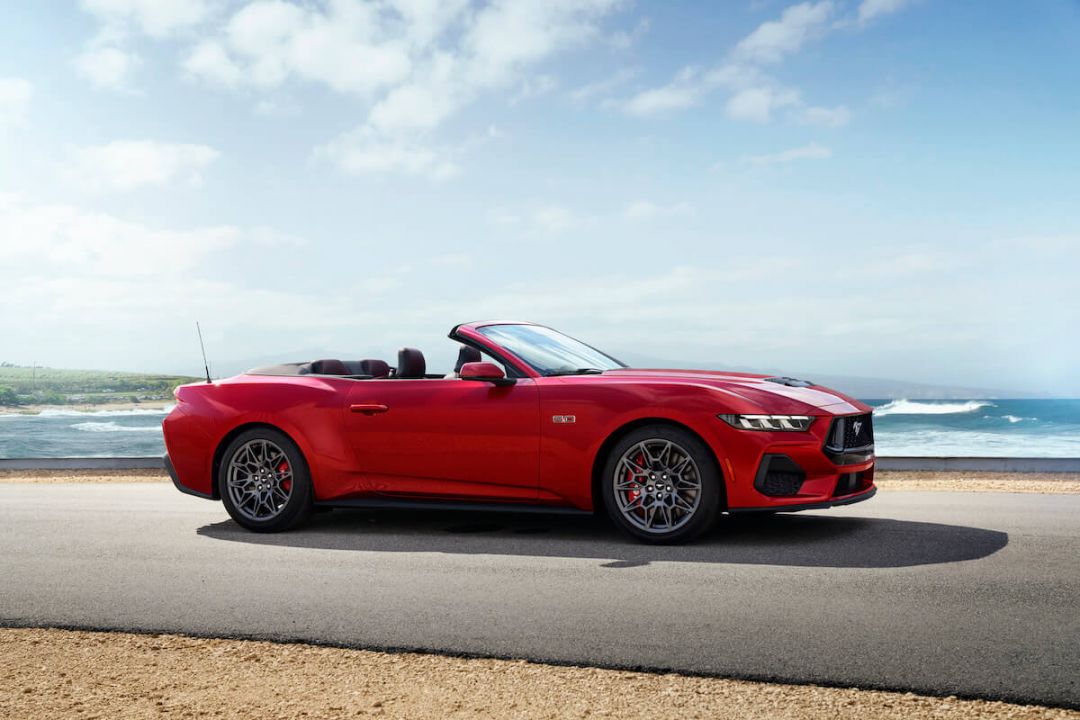 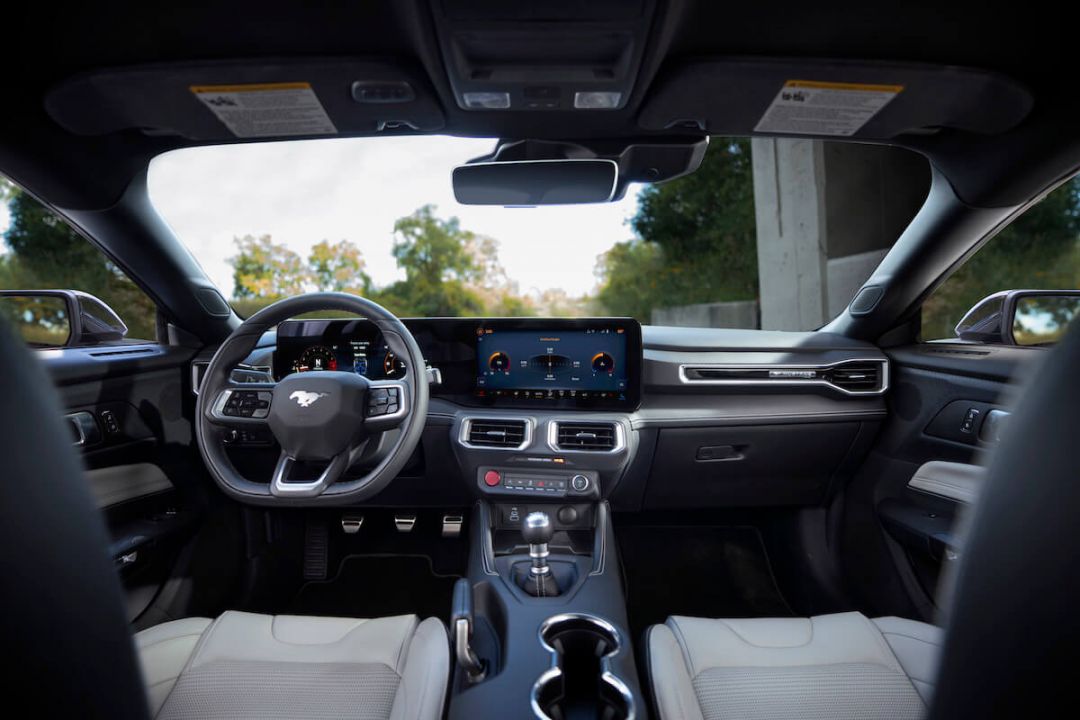 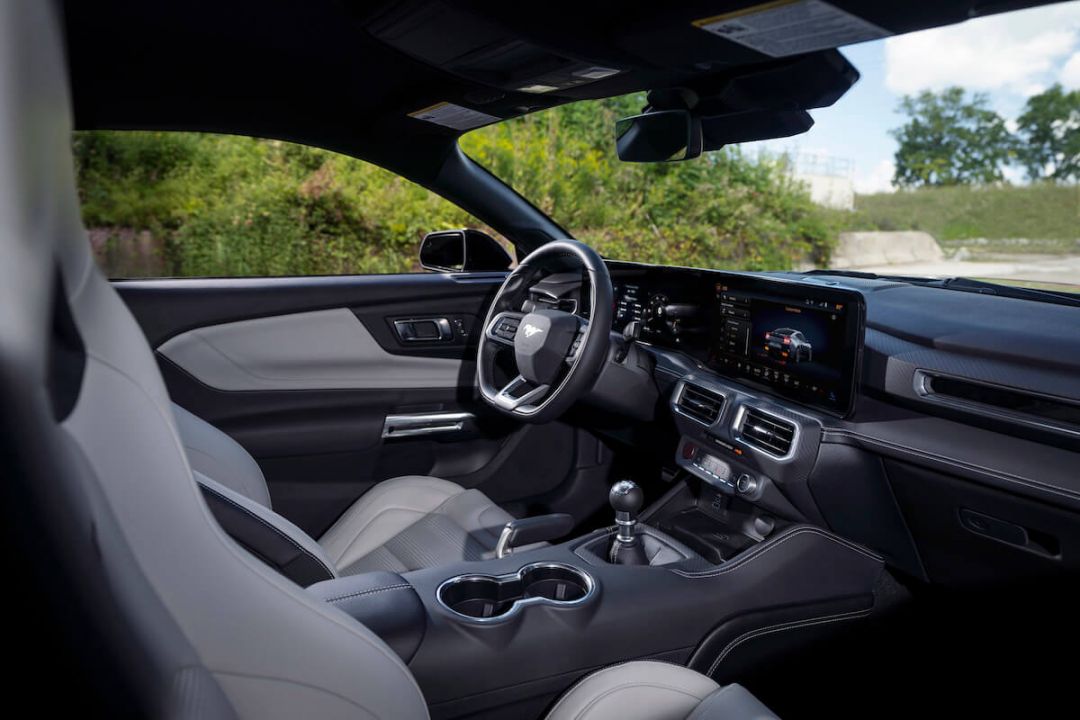 Ford has unveiled the seventh generation of its iconic two-door Mustang, which is offered in V8 and 4-cylinder versions, as well as a track-focused ‘Dark Horse’ edition.

Despite rivals going electric, such as the Charger Daytona EV from Dodge, as well an all-electric Corvette by 2025, Ford has avoided going down the EV avenue for the latest generation of its long-standing muscle car, and there are no plans of that changing any time soon.

Instead, the same 2.3 litre 4-cylinder engine will feature in the Ecoboost models, though with a new turbo. The more expensive Mustang will come with Ford’s signature 5.0-litre naturally aspirated V8 like the outgoing model, though is claimed to be more responsive.

Power figures for both engines remain under wraps, but expect them to surpass their predecessors in the current, facelifted generations - 286bhp from the Echoboost, 446bhp from the V8.

There is also a more track-focused ‘Dark Horse’ edition, which comes with the same V8 engine as the standard model, but with 500bhp on tap. It comes with either a manual or automatic gearbox, and an optional handling pack, which includes wider tyres, larger Brembo brake discs, ticker anti-roll bars and a rear wing.

The standard car will also be available in either a six-speed manual transmission, which comes with a rev-matching function as standard for GT models, or a 10-speed automatic.

There are also five preset driving modes - Normal, Sport, Slippery, Drag and Track, which are claimed to optimise the car’s performance across a variety of driving conditions. An additional sixth setting is customisable, and can be tailored to individual driver preferences.

According to Mustang chief nameplate engineer, Ed Krenz, the new, seventh-generation is, “the most athletic and confidence-inspiring Mustang to drive yet.”

He added: “Whether driving an automatic or manual transmission, thanks to Drive Modes combined with fine-tuned digital engine, suspension and steering controls, we’re now able to give drivers peak performance everywhere, from their favourite roads to their local track.”

As standard, the seventh generation Mustang will come with independent front and rear suspension like the outgoing model, though with the addition of a new steering rack for a more sportier feeling drive.

Behind the new, thicker, flat-bottomed steering wheel sits a 12.4-inch digital instrument cluster, which can be customised to display different designs. It flows into a secondary 13.4inch screen which displays Ford’s SYNC 4 infotainment, supporting Apple CarPlay and Android Auto.

Pricing has yet to be confirmed for this latest generation, though is tipped to start from £52,000 when it arrives in UK showrooms in 2023.