Fiat’s all electric 500 has been given the Abarth treatment, featuring a tweaked electric motor and more aggressive styling 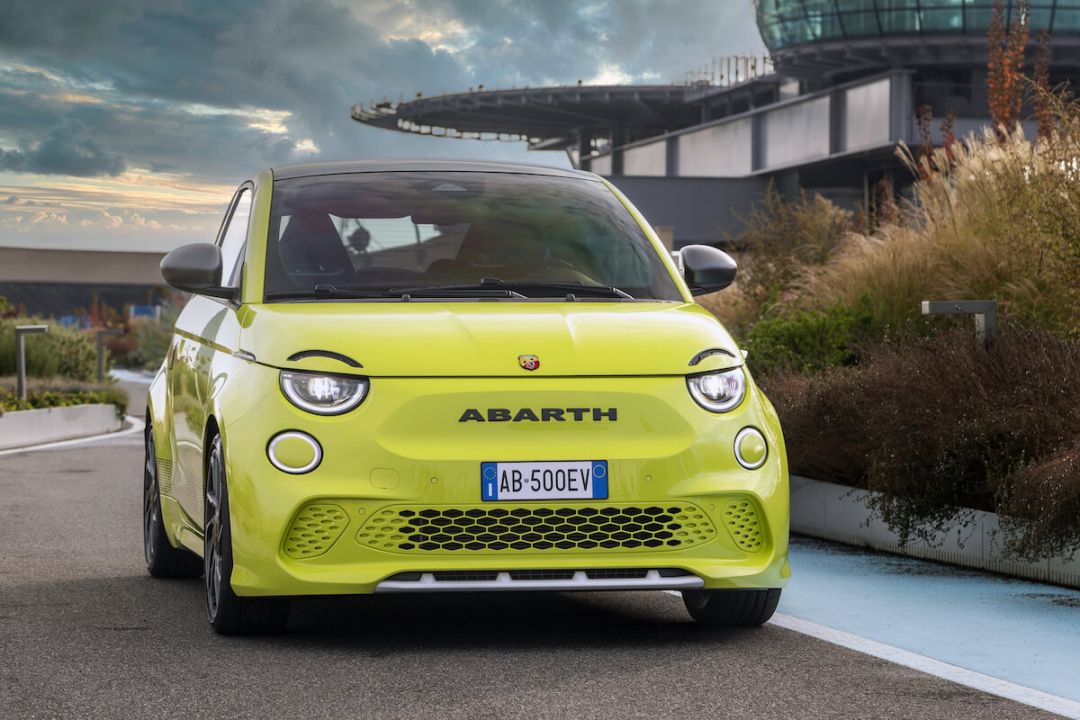 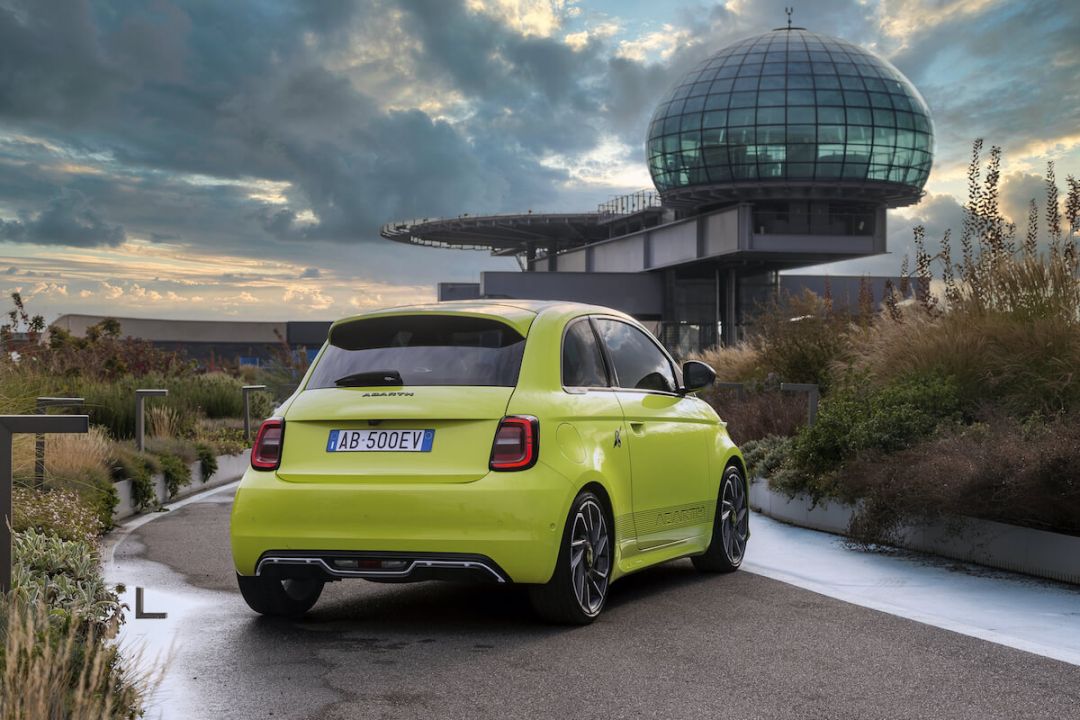 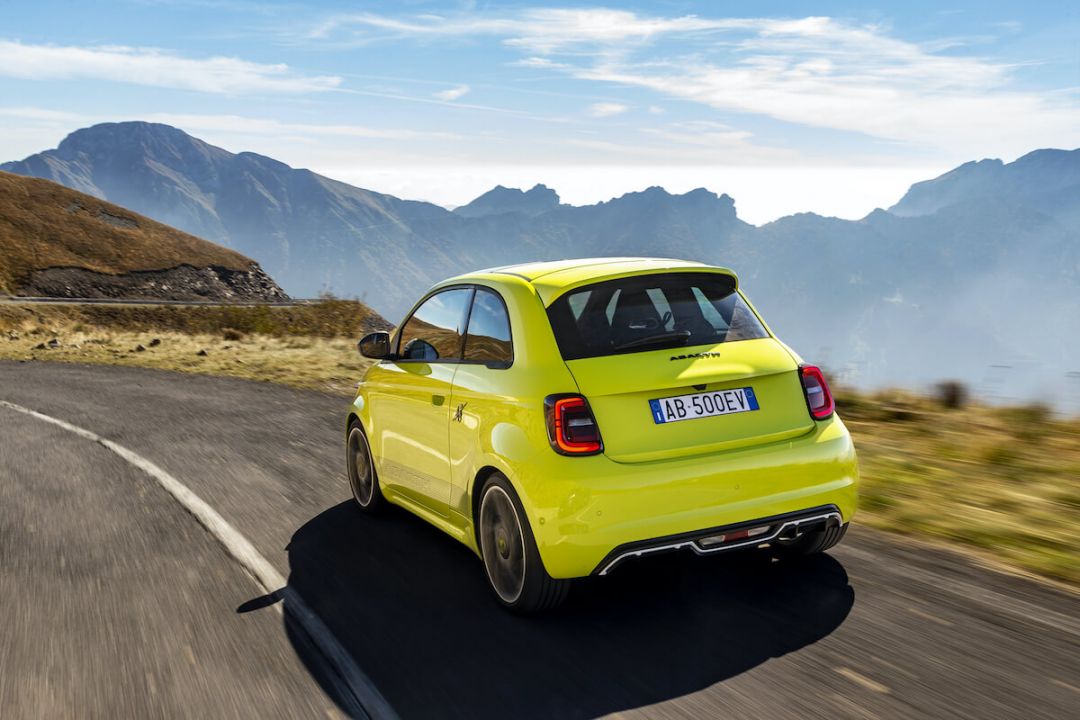 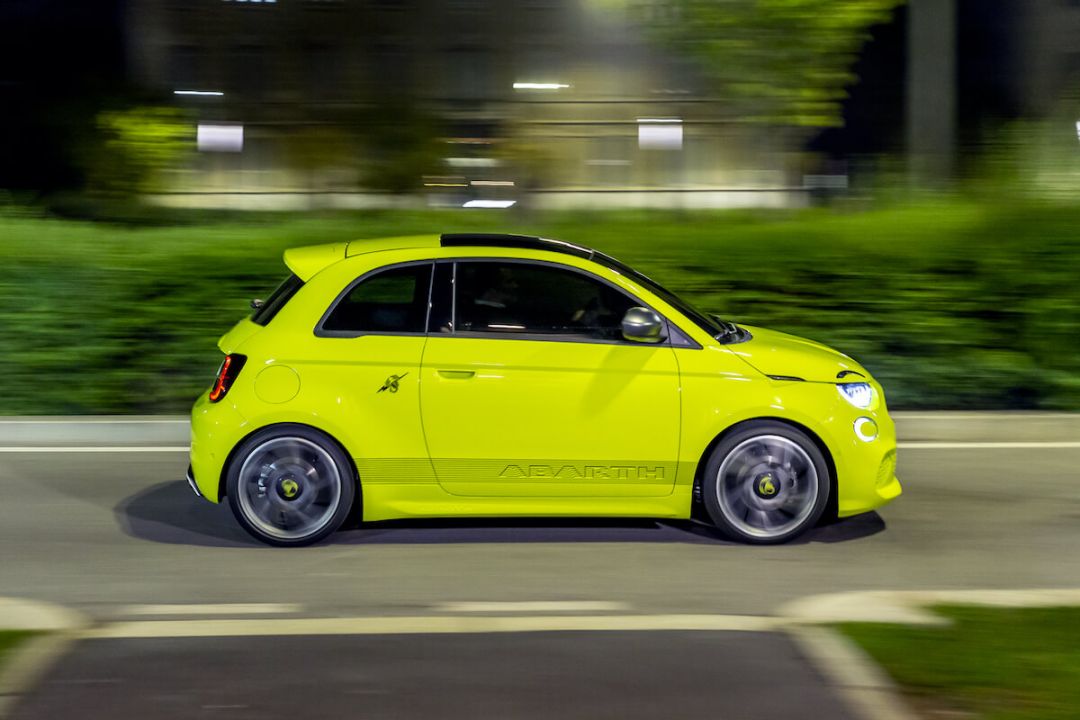 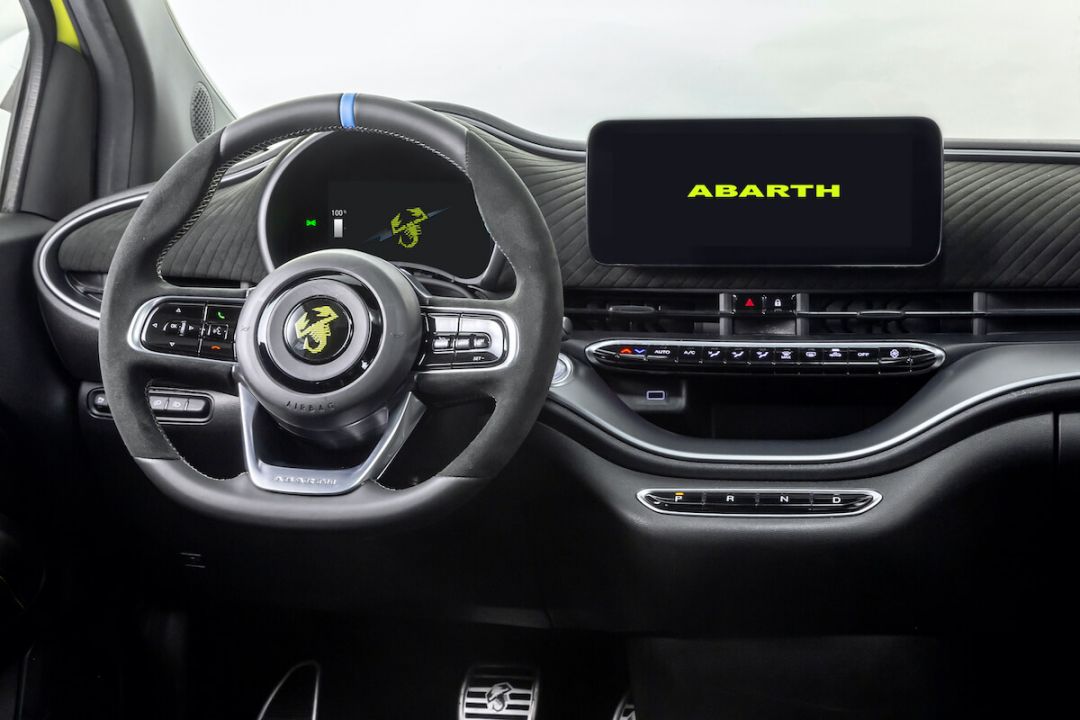 To differentiate the standard car from this sportier version, the 500e has undergone a series of internal and exterior upgrades, chief among them is the tweaked front-mounted electric motor, which now makes 152bhp, up from 117, and 236 Nm of torque.

This power boost is enough to take two seconds off the normal version's 0-62mph time to seven seconds.

Like the normal 500e, the Abarth variant uses the same 42kWh battery, though Abarth have yet to reveal how the more potent motor impacts the car’s range.

However, it does support a maximum DC charging rate of 85kW, meaning 30 miles of range will come from a five minute charge, while a near empty to 80 percent charge will take just over 30 minutes.

Weight remains unconfirmed, but expect it to be similar to the standard car at 1,365 kg due to the same sized battery.

Other changes include a new suspension tune for the larger 18-inch wheels.

Abarth says the car’s track width is wider than its petrol-powered predecessor’s, while the longer wheelbase and lower centre of gravity are claimed to deliver improved handling.

To try and compensate for the lack of sound from the outgoing car’s 1.4 litre turbo engine, Abarth has developed a noise generator which works under both acceleration and deceleration.

Predictably, the car also features a more aggressive exterior, with a redesigned front bumper, side skirts, as well as a rear diffuser and sportier alloy wheels.

The convertible version includes an integrated spoiler, while the hardtop version comes with rear privacy glass. The car also bears a revised version of the company's distinctive scorpion badge.

Inside remains largely unchanged, apart from a new Alcantara trim which features across the dash and the seats, in addition to the new three-spoke steering wheel.

Pricing and final specifications have yet to be finalised, but deliveries are planned to commence from June next year.