The company will be fully electric by January 2022 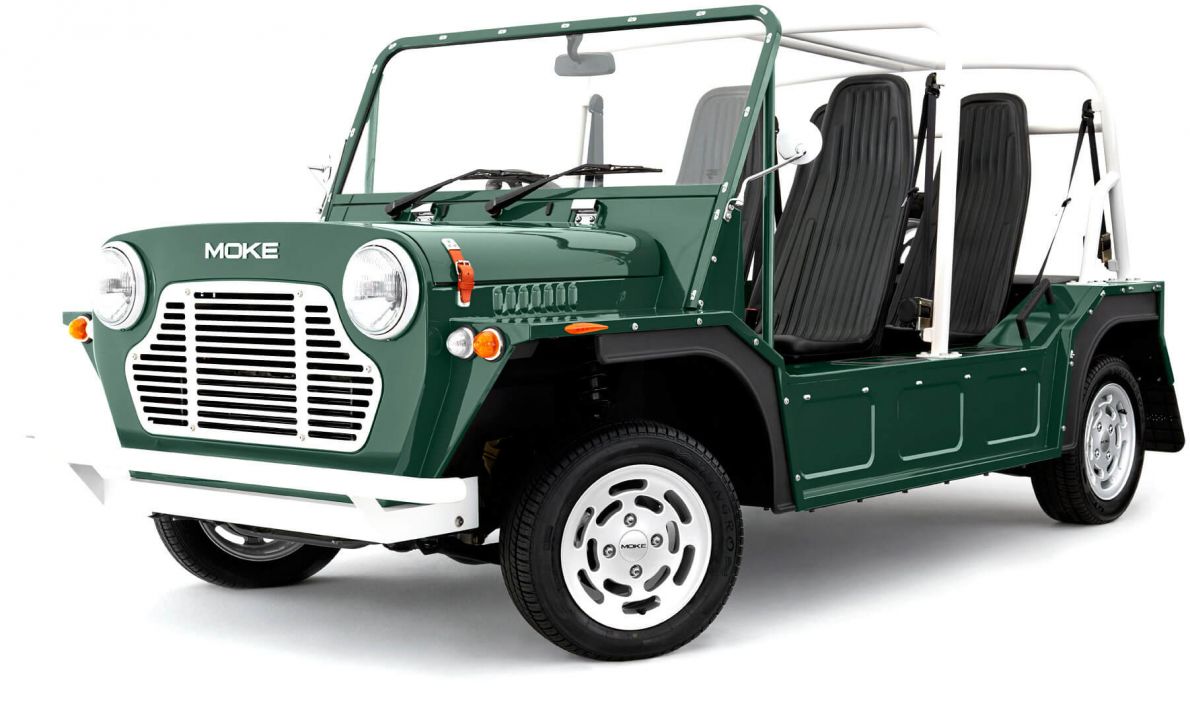 MOKE International have announced a brand new fully electric MOKE model and have released it just before the UK reaches its summer period. After partnering with Beaverbrook, on of the most established country house estates in England, the open-air electric vehicles have been manufactured within the UK, and are available to try out at Beaverbrook. The new MOKE vehicles will be distributed in June through their UK distributor, Hendy Group, as well as in France too.

MOKE has been working on the fully electric model for over three years in order to engineer and manufacture a sustainable future model which will include the latest technologies. The new model's sustainable drivetrain has been designed to be very quiet, and when paired hand in hand with Beaverbrook guests, the brand hopes it will become an ideal companion to enjoy the weather and surroundings at Beaverbrook whilst driving around in the new MOKE vehicle.

Created by Sir Alec Issigonis, the designer of the Mini

The vehicle was created by Sir Alec Issigonis in 1959. The original creator of the MOKE vehicle created several military vehicles, mainly during World War II. Sir Alec Issigonis also designed the Mini - specifically the Austin Mini -another car brand highly well known and designed in Britain. The first ever version of a MOKE vehicle was presented to the Queen’s troops in 1959, as the British Army sought a suitable lightweight, air-transportable utility vehicle. However, at the time the first prototype failed to pass inspection due to its low ground clearance and weak 848cc engine.

Now reinvented in 2018, the brand new MOKE vehicles have been created with no roof or doors. The vehicle will come in different colours with a plethora of different names: Wave Blue, Sunlight Yellow, Sunset Orange, Scuba Blue and Granite Grey. These colours are offered on the standard model also.

The MOKE new model has an automatic transmission, equipped with power steering for a 1.1L four cylinder engine. The battery can range up to 120km when driving at around 80km/h: this is around 75 miles range at around 50mph. The car battery takes roughly 4 hours to charge, from a plugged in, standard main charger. This sustainable battery of the vehicle can be repurposed at the end of its use, for energy storage and construction before being fully disposed of, by being responsibly recycled.

“MOKE is all about country roads, beach excursions, the summer breeze in your hair and enjoying the journey, rather than hurrying from A to B. We’ve taken the original Mini Moke, created by Sir Alec Issigonis and reimagined it for today’s world - and tomorrow’s - as a fully electric vehicle.” said Robin Kennedy the Commercial Director at MOKE International.

MOKE also will be opening an official experience centre called “Casa MOKE” this summer, where the electric MOKE vehicles will be available to borrow and drive while people are staying at the Casa MOKE resort in Saint-Tropez.