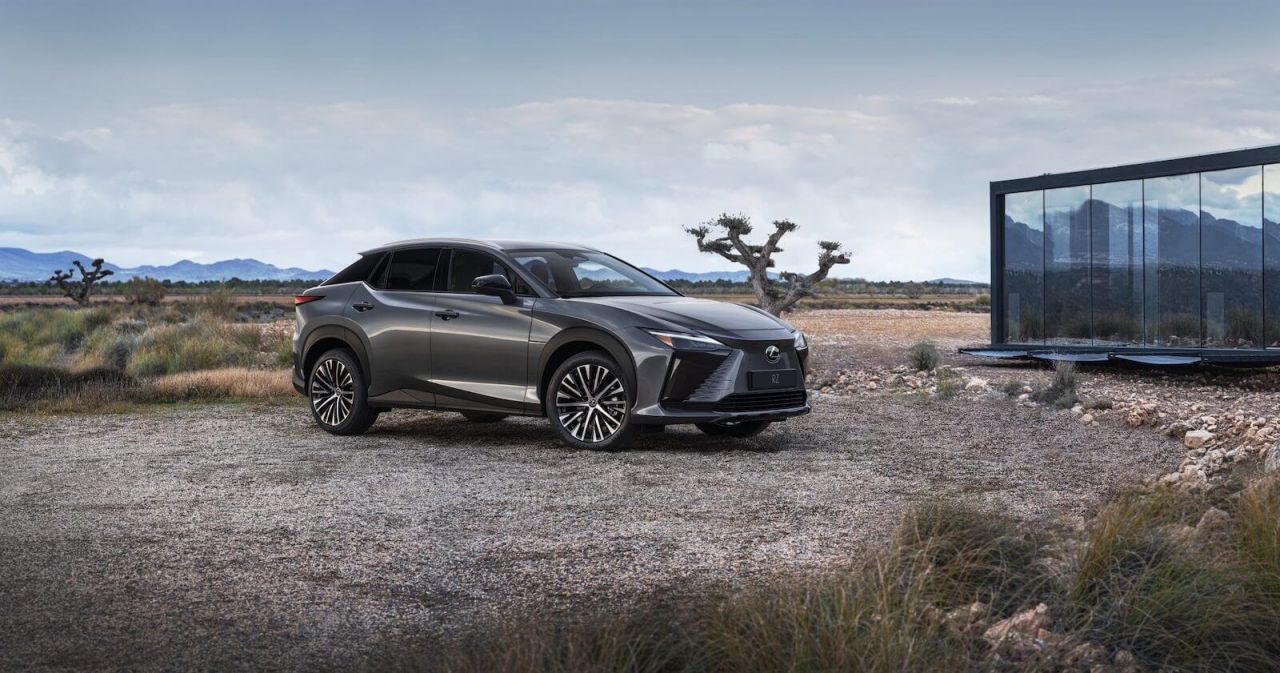 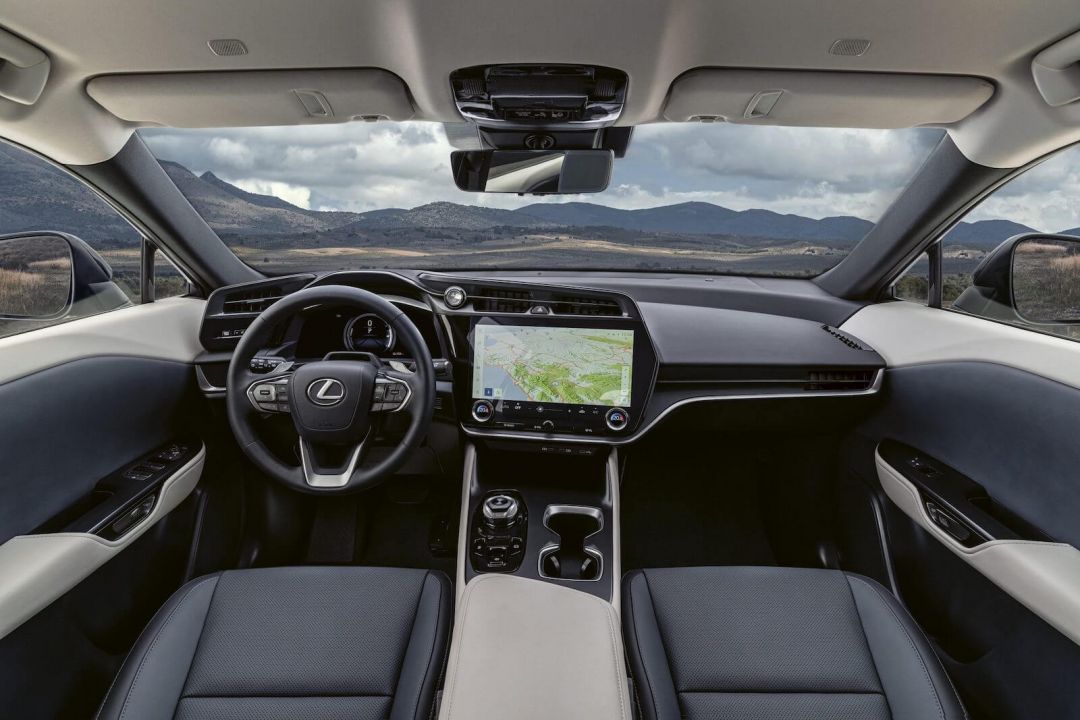 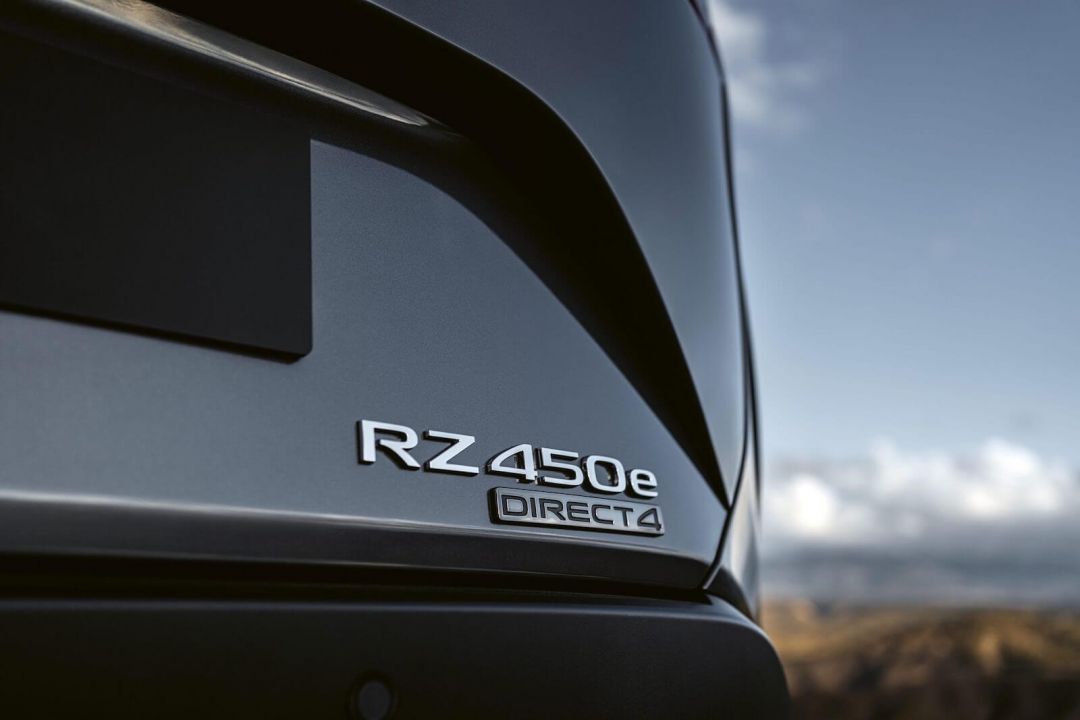 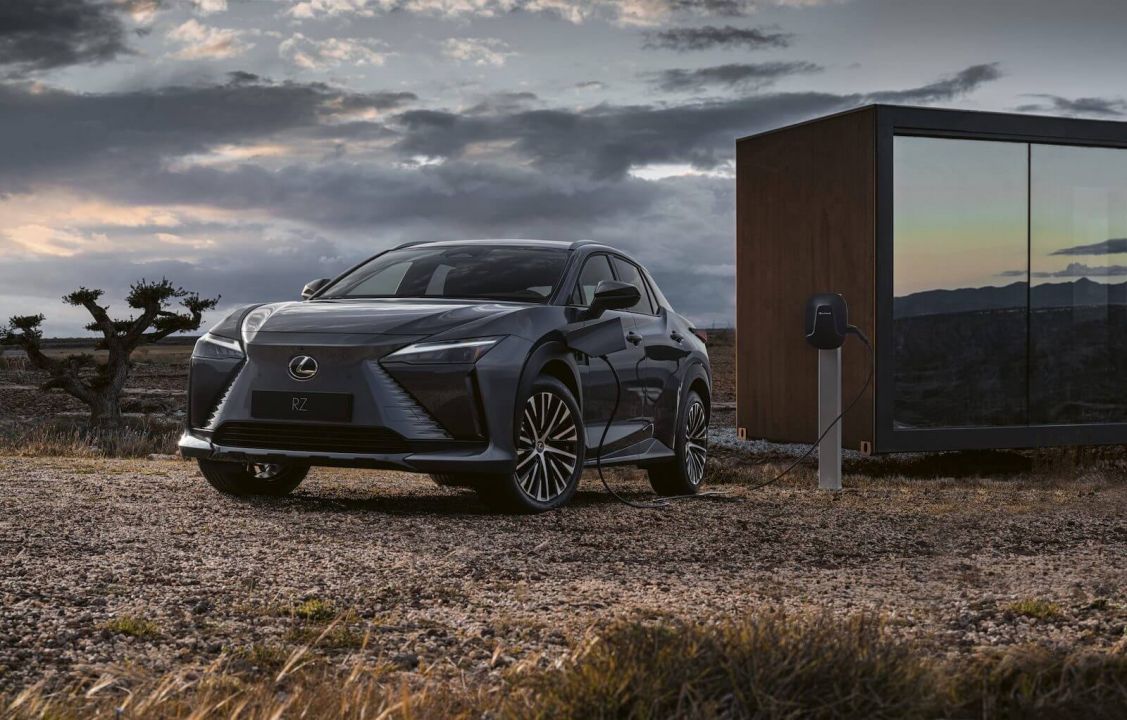 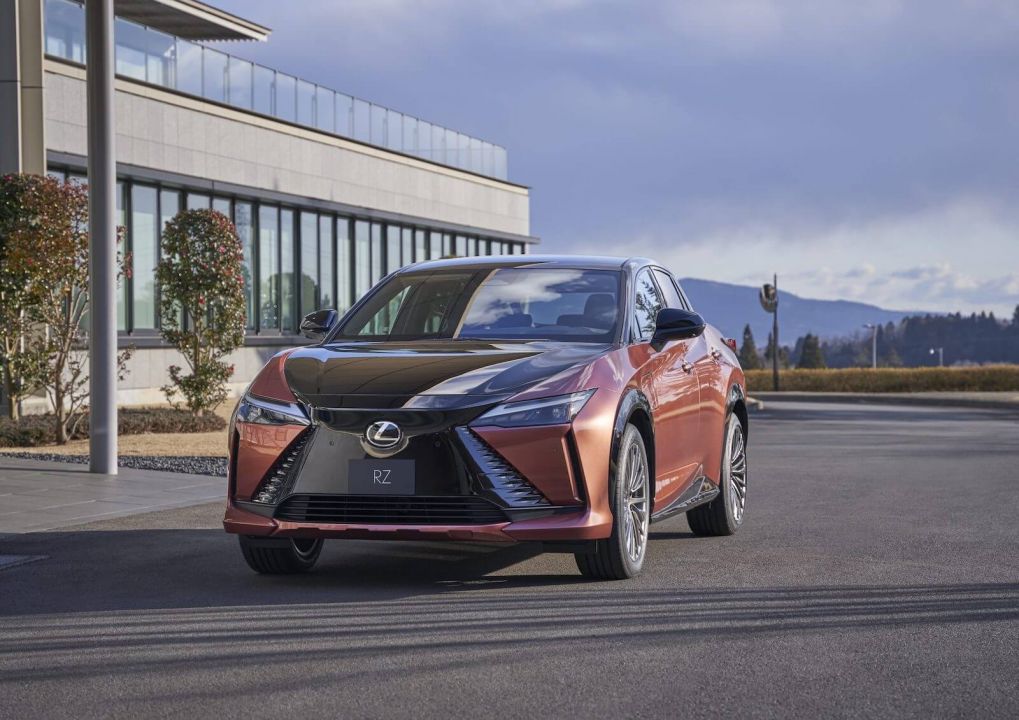 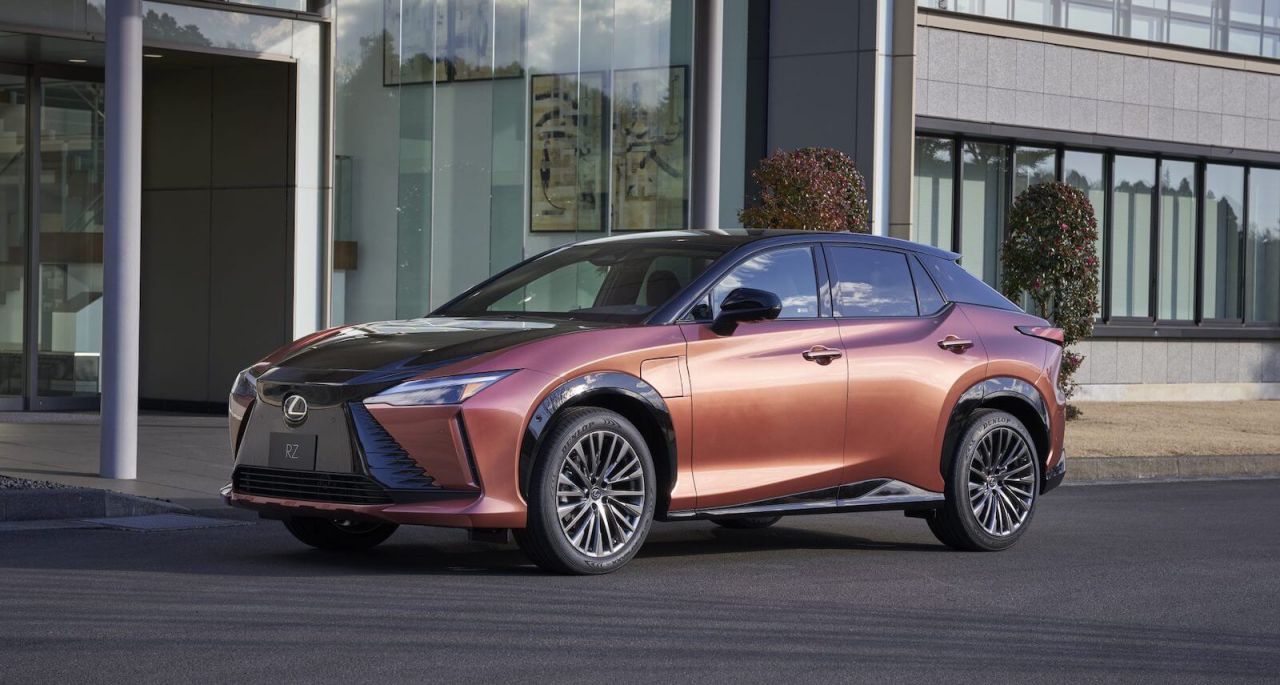 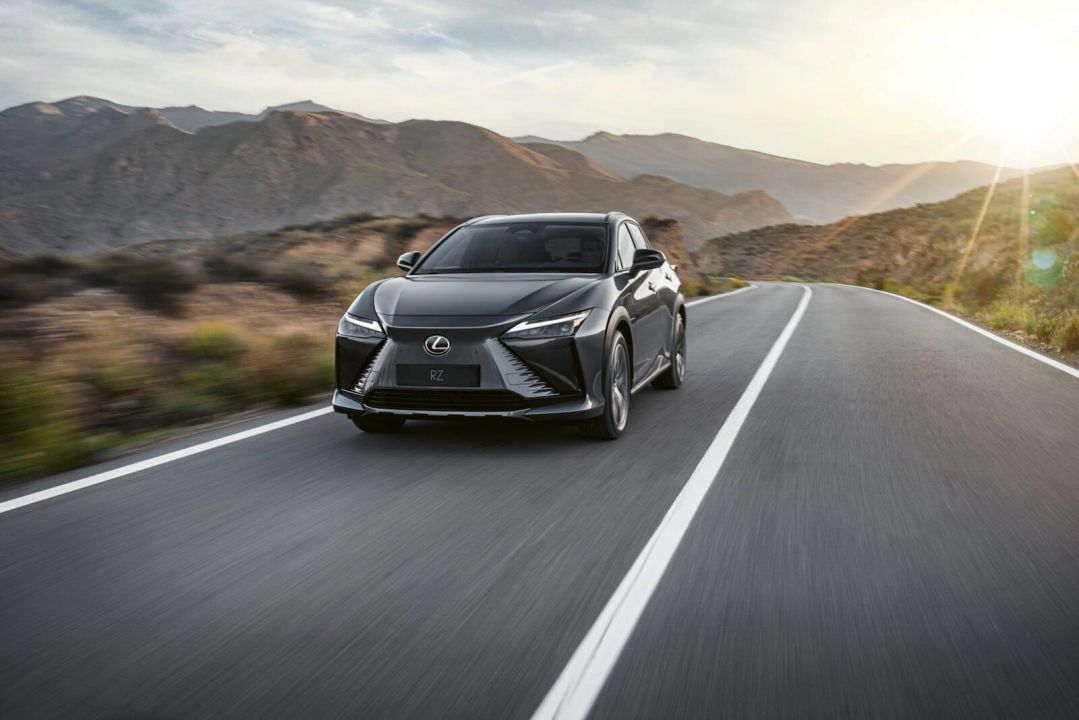 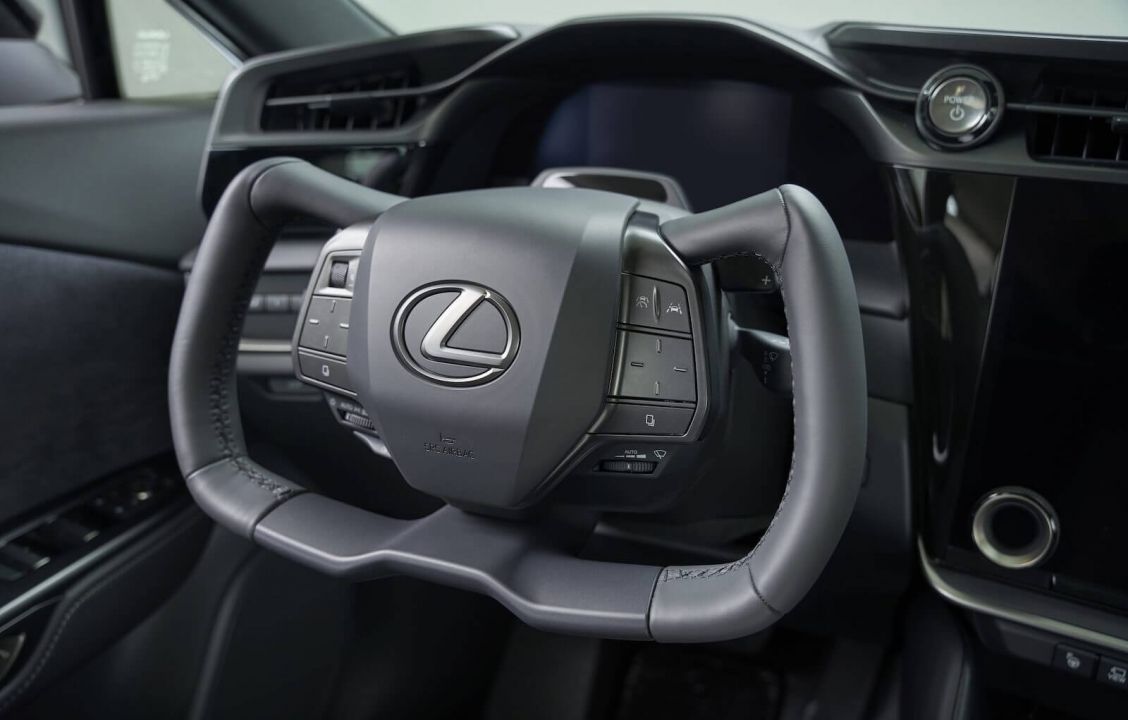 Lexus has just announced the debut of the new all-electric RZ 450e. The RZ is the first of the Lexus SUV models to be a battery electric vehicle (BEV). The global event was broadcast on the official site on April 20, 2022, at 12 pm.

Lexus plans to set the new benchmark for what they claim to be, a luxury driving experience that offers the BEV driver a carefully crafted interaction with their car. Lexus emphasised comfort, confidence, and control as the model's unique selling points.

The RZ 450 introduces a Lexus exclusive DIRECT4 all-wheel drivetrain that includes high-precision motor control and a specific battery and motor placement. This gives the EV an ideal weight distribution and a potentially ideal response. The all-wheel drivetrain controls the front and rear end drive force.

The Lexus RZ SUV replaces the traditional steering wheel with a new steering 'yoke' featuring the optional One Motion Grip system. The steer-by-wire requires less effort on steering for the driver as it turns just over 300 degrees, eliminating the 'hand-over-hand' turn. The yoke's 'butterfly' shape has been specifically developed from the input of Lexus' Takumi master craftsmen, who the firm presents as highly trained individuals who guard the Lexux's artisan philosophy applied to each model to maximise the model's potential.

The BEV is the first Lexus model to be developed from the ground up. It is an all-electric vehicle that adopts battery power in replacement of a conventional engine. Still, Lexus strives to go beyond the traditional machine by potentially adopting new technologies that could enhance energy, performance and driving pleasure.

Anyone familiar with the philosophy of Omotenashi, the Japanese influence of hospitality and anticipation to fulfil people's needs, will be intrigued to know that its philosophy runs through the RZ 450e's cabin. The philosophy aims to meet the user's needs by opting for a simple yet luxurious interior environment. Lexus has gone for a low-positioned instrument panel. An attempt to express a clean and spacious impression with the focus claimed to be on texture in the modern space of the vehicle. The two-part dimmable panoramic sunroof is an addition that is optional to the BEV. It covers most of the roof and is said to switch with one button from an opaque surface to a transparent 'window-like' surface that incorporates what Lexus specifies as a 'special coating' that reduces heat radiation.

When looking at the exterior, the new RZ model reinterprets the signature Lexus spindle shape with a new front-end design that distinguishes the SUV from a BEV. The exterior design concept is named "seamless E-motion," expressing what is imagined as seamless acceleration and the RZ's powerful electrified character.

Takashi Watanabe, Chief Engineer, said: "Our vision is to use electrification technology to enhance basic vehicle performance so that we can continue to pursue driving pleasure for all future generations."

With a zero-emission performance from its drivetrain, the release of the RZ could potentially assist Lexus' company promise towards the acts of more sustainable practices. While the firm's focus has been on the new vehicles driving performance on the road and its interior comfort, Lexus claims that the RZ embraces its entire lifecycle. From the procurement of the parts, the manufacturing process and ownership, to the vehicles' eventual disposal.