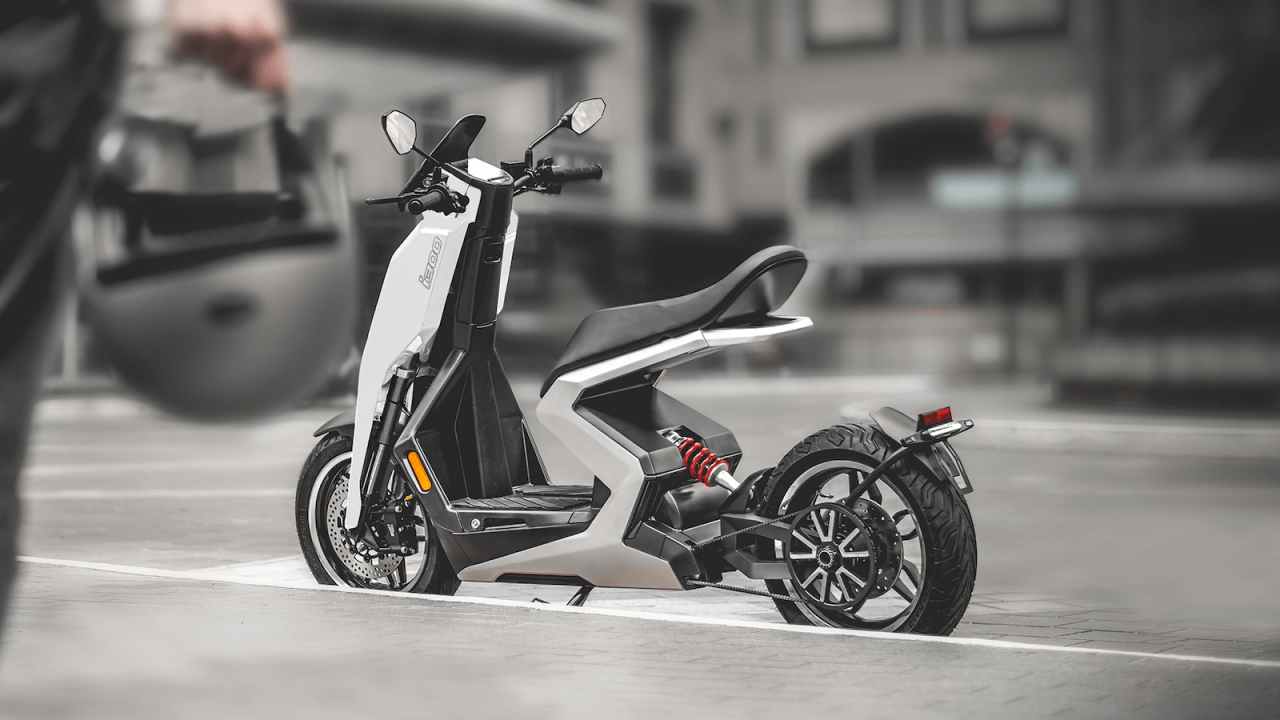 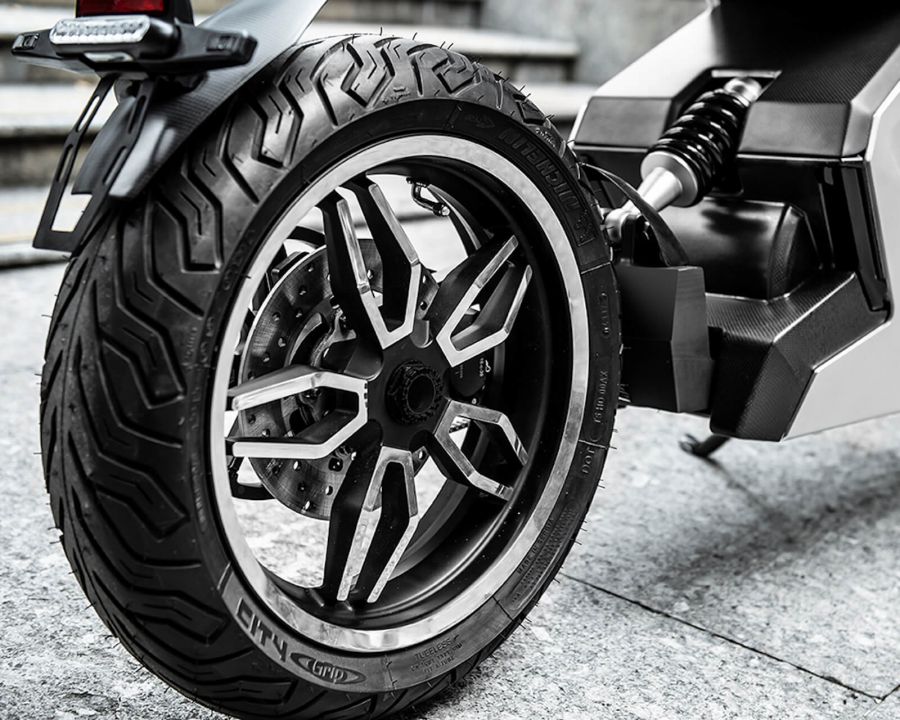 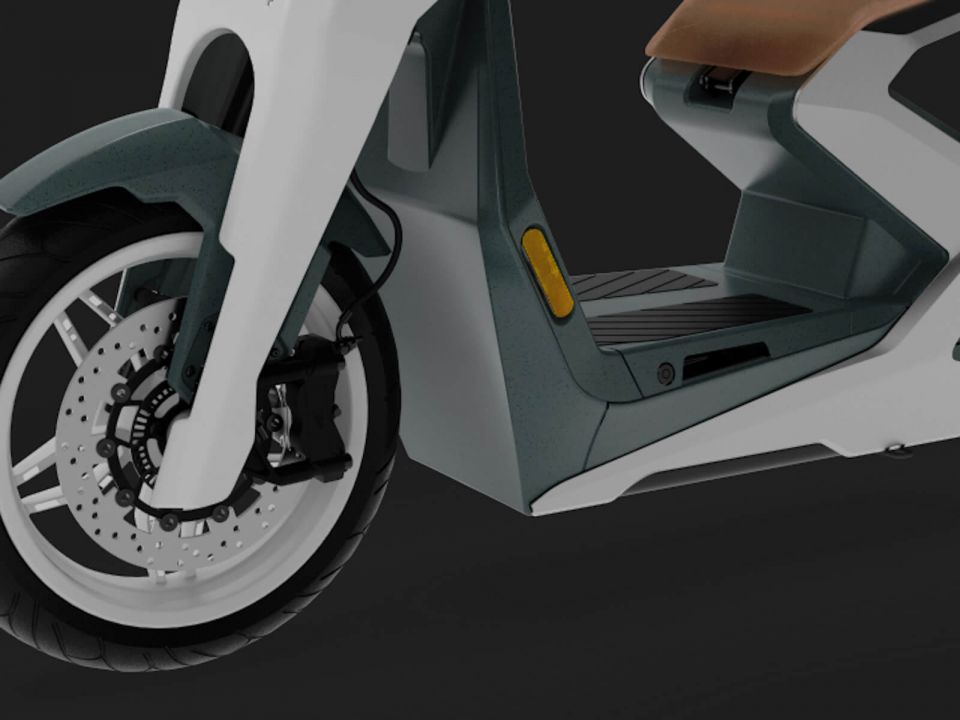 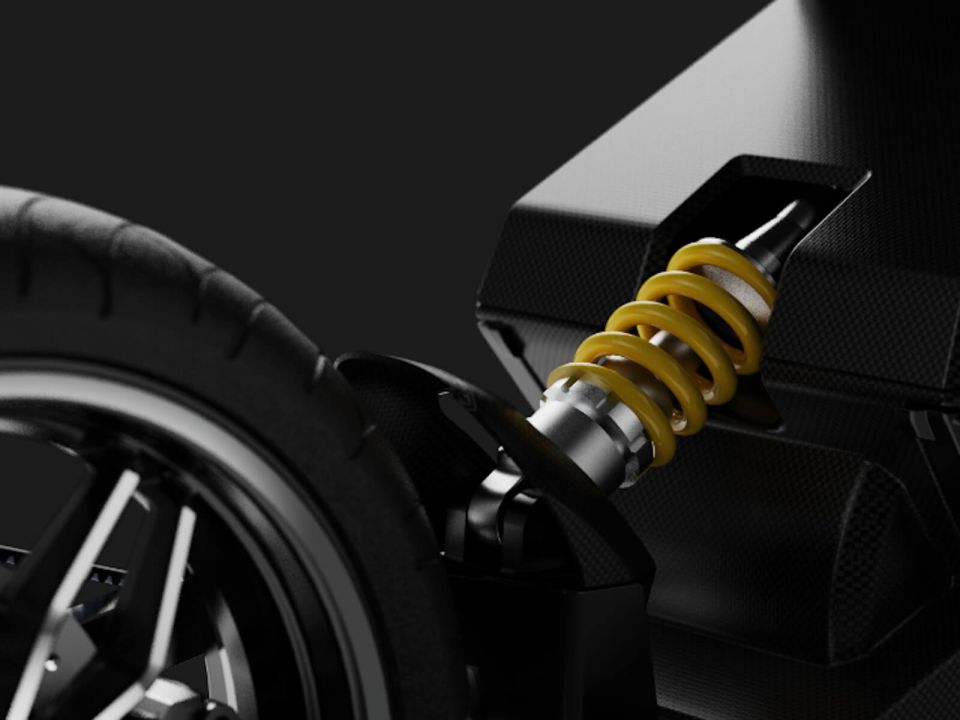 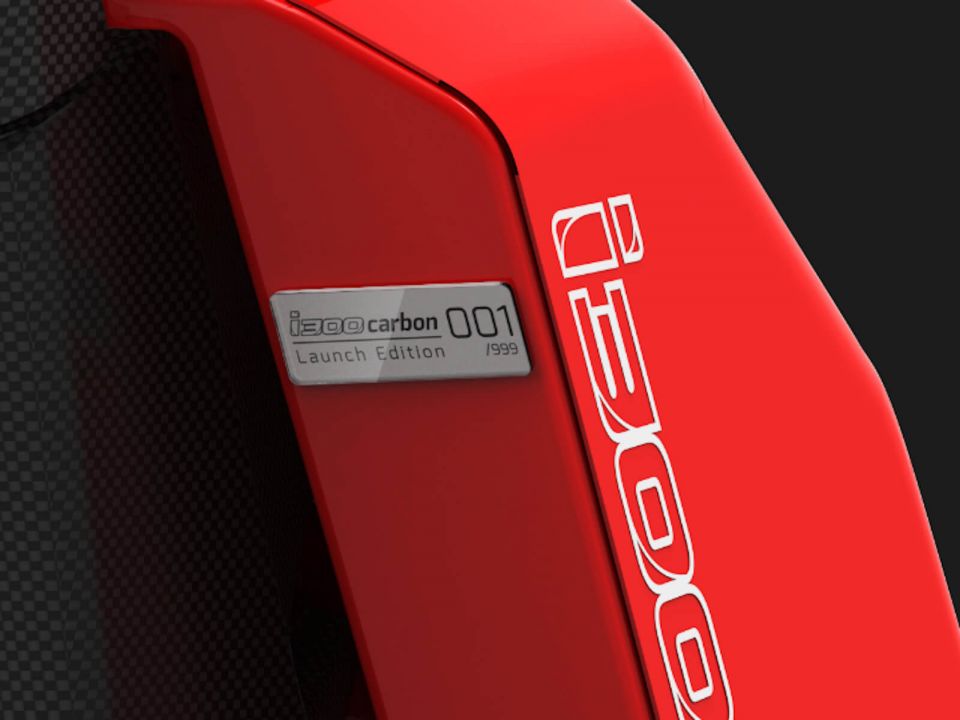 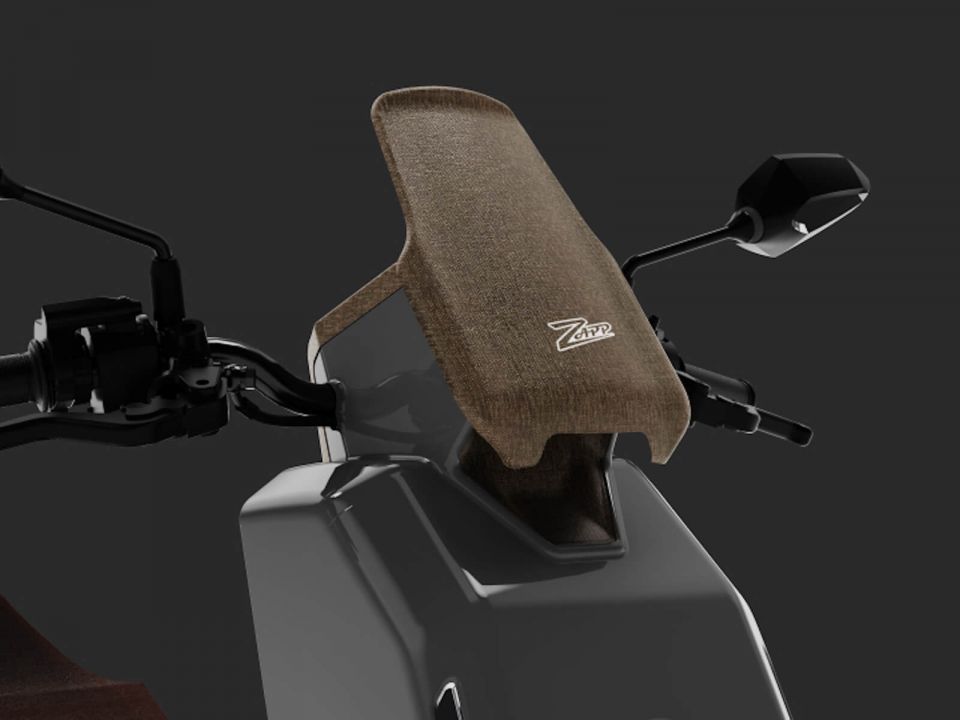 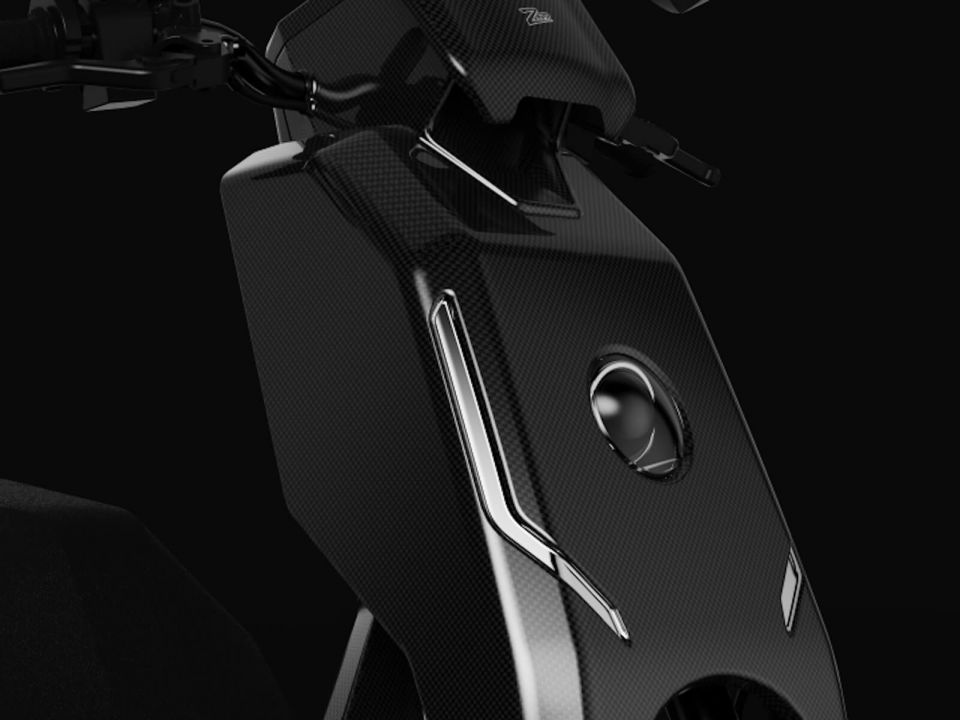 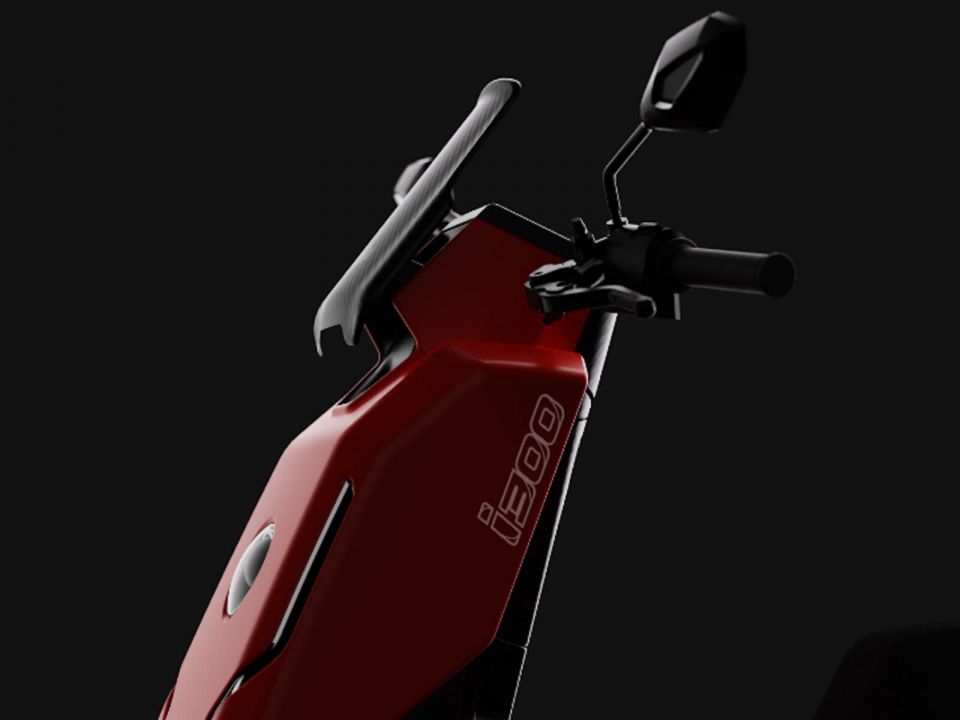 The Zapp i300 had its first public debut at the Goodwood Festival of Speed, and now that reservations are being accepted via the company website, it appears that the electric scooter will start shipping from Summer 2022.

The removable batteries - which weigh 6kg apiece - can be charged from a regular household outlet, with 20 to 80 percent charge taking 40 minutes. The i300 itself weighs just 92kg without the batteries and rider accounted for, and doesn’t require a specially designed EV charger. This means the charging process can be easily completed at home or at a workspace.

A single-sided swingarm and an exceptionally long front cowl that extends all the way to the forks are just two of the e-scooter's futuristic design quirks. The only component of the bike that is body coloured is the panels, which can be swapped out for a different colour to allow owners to individualise their i300's appearance.

The inverted forks are concealed underneath it, and the bike’s dual-channel ABS-equipped four-pot radial calliper, and cross-drilled front disc, offer stark reminders of its performance potential. That comes as no surprise, since the i300 has also been designed using motorsport-inspired engineering methods and materials.

Four trim levels have been introduced at launch. The most expensive model, the i300 Carbon Launch Edition, comes with diamond-cut wheels, a carbon carrier, a commemorative plaque, launch red paint and composite bodywork. There will only be 1000 built, and each will cost £7,995. The i300 Carbon, which costs £5,596 and has carbon bodywork but no additional features, comes next, followed by the i300 Bio, which has an eco-friendly design starting from the same as the i300 Carbon at £5,596. Lastly, there is the i300 Ocean, being the cheapest model, costing £4,796.

Swin Chatsuwan, the company’s CEO, says: “The Zapp EV i300 isn’t just another electric commuter, it’s a high-performance city bike designed to satisfy the needs of both serious motorcyclists and new riders alike.

“It’s been an incredible journey to date, from the initial concepts of what a performance city bike could be right through to selecting and designing every component,” Chatsuwan continued. “To be able to showcase the finished bike here at Goodwood is an amazing opportunity for an emerging British company like ours and I’m really excited for everyone to see our bike up close.”

Zapp operates direct client sales through its international e-commerce platform, and has strongly advised interested buyers to make use of it. Online bookings and reservations can now be made through the official site.